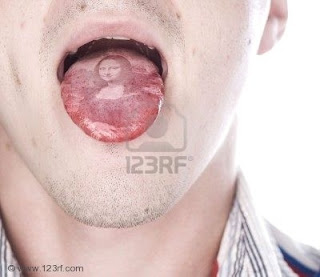 Okay so this is a weird one from a weird flash fiction challenge from Chuck Wendig  (http://terribleminds.com/ramble/2011/04/01/flash-fiction-challenge-the-unexplainable-must-be-explained/) that gave us a total of 60 unusable stock photos and told us to use them in a story. Although mine doesn't involve the Mona Lisa per say, this photo did get the old noggin cranked into action. So without further ado, here's my entry.